The Year in Review

THE YEAR IN REVIEW

Message from the Chair and Vice Chair

2020 has been a year unlike any other. Internationally, the Coronavirus and the US Presidential election dominated the news cycle, so that much else passed unnoticed. The one exception, of course, was climate.

‘What makes the world go round’

The latest estimates from the Global Carbon Project (GCP) suggest that CO2 emissions fell by 2.4 billion tons, or 7% in 2020. Attributed to the economic effects of the Coronavirus, this annual decline is the largest absolute drop in emissions ever recorded, and the largest relative fall since the second world war. In the US and Europe, where the virus hit particularly hard, emissions reductions were as much as 12%.

Donald Trump succeeded in pulling the USA out of the Paris Agreement, but under Joe Biden’s leadership America is poised for a 180 degree turn on climate. “On day one, my administration will re-join the Paris Agreement and put America back in the business of leading the world on climate change,” he stated.

Meanwhile Europe and the UK have been pushing hard on climate action. Boris Johnson pledged to reduce the UK's greenhouse gas emissions "faster than any major economy", which would see a cut by at least 68% of 1990 levels by 2030.

Big businesses are getting on board. Over 340 big companies have pledged 2050 net-zero targets. BlackRock, the world’s largest institutional investor, is placing climate change at the centre of its investment strategy. Microsoft said it would not only go carbon negative but also remove all the emissions the company has ever produced. More than 130 private banks have aligned their operations with achieving the Paris target of limiting global warming to 1.5°C.

‘The Road to Home’

Back home, there is also much to be celebrated. Federally, the tides are changing since Scott Morrison infamously held a lump of coal in Australian Parliament. ARENAwas re-funded, the government signalled its intention to build a clean and competitive hydrogen industry, and AEMO released its 2020 Integrated System Plan, showing that 94% renewables by 2040 was possible.

At the State level, Liberal governments have shown that they get it: all have set net zero targets, and all are busy kicking goals on climate action.

The South Australian Liberal government announced 68 new actions and almost $200 million in additional funding as part of its Climate Change Action Plan 2021–2025.  The Minister for Environment and Water, David Speir, envisions generating enough renewable power by 2050 to supply 500% of the state’s needs, therefore becoming a renewables export powerhouse to the rest of Australia via electricity interconnectors, and to the rest of the world via green hydrogen.

In NSW, Energy and Environment Minister Matt Kean's Renewable Energy Roadmap will draw up to $32 billion in private sector investment in wind, solar and pumped hydro. The plan would support the construction of much as 12 gigawatts of new wind and solar projects, and two gigawatts of storage capacity, over the next 10 years, plus the transmission lines needed to connect them to the grid.

Across the bight, Tasmania now has 100% renewables. The government has now set a target to double its renewable generation to a global-leading target of 200 per cent of its current needs by 2040. The Marinus Link and Battery of the Nation projects are also progressing, allowing Tassie to export its renewable power back to the mainland and representing an intergenerational opportunity to make Tasmania another Australian renewable energy powerhouse.

‘The Year of Living Dangerously’

Despite these wins, 2021 will be the year of living dangerously. Australia has beaten its 2013-2020 target by 459 million tonnes, which includes overachievement from the previous period (2008-2012). But according to CSIRO in the coming decades Australia will experience ongoing changes to its climate.

This will lead to an increase in the number of dangerous fire weather days and a longer fire season for southern and eastern Australia.

Additionally, we will see further sea level rise and continued warming and acidification of the oceans around Australia. Increased and longer-lasting marine heatwaves that affect marine environments, such as kelp forests, and raise the likelihood of more frequent and severe bleaching events in coral reefs around Australia, including the Great Barrier and Ningaloo reefs.

‘How Soon is Now’

In 2021 the Coalition government must start singing the same song as the States and do more to support their efforts. This reflects what the majority of Australians want: to mitigate climate risks and support an orderly transition from fossil fuels to clean energy.

Institutions such as ANZ bank are becoming more reluctant to lend for coal, oil and gas projects, as appetite for environmental and financial risks wanes, even as polluters dodge the cost of their emissions.

At Coalition for Conservation, we believe our conservative government has the unique opportunity to put forward a clean growth stimulus package that delivers jobs and growth in the regions and cost of living savings in the suburbs. It has also the opportunity to support institutions who are doing the right thing by the environment.

Moderate Liberals such as Senator Andrew Bragg agree. “Environmental risk is no different from any other sort of risk – it’s an economic risk,” he said. Meanwhile, Tim Wilson MP, House Economics Committee Chair described climate risk as a “legitimate issue”.

When it comes to global warming, cooler Liberal heads should prevail. COP26 is knocking on our door and we must bring forward a more ambitious agenda to maintain a respectful level of international recognition. In 2021, we expect Australia to consolidate the lead of the States and embrace the reduced risks and vast economic opportunity of true environmental stewardship. Let’s get it done. 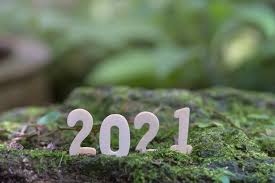