Please check your e-mail for a link to activate your account.

Leo Shanahan writes to SMH on gas and renewables

Our Executive Director Leo Shanahan wrote to the Sydney Morning Herald arguing the public’s acceptance of gas combing with renewables investment is dependant on two factors: the length of the commitment to gas and a broader integrated energy plan. If the government wants private investment it may a good time to set a net zero target: Read HERE

The Australian Government has introduced landmark legislation into Parliament to ensure Australia takes responsibility for its waste. Read HERE

Apple to invest in renewable energy projects in Australia

Apple to invest in renewable energy projects in Australia

Global technology giant Apple plans to invest in renewable energy projects in Australia as part of its worldwide push to eliminate its carbon footprint by 2030.

Lisa Jackson, vice president of environment, policy and social initiatives at Apple, said in an exclusive interview with The Sydney Morning Herald that the next decade will be critical for companies and policymakers in the global fight against climate change.

"These next ten years are absolutely crucial in terms of winning this battle and being able to say to our children and grandchildren that we did everything we could to stop catastrophic climate change," she said. "We want to continue to meet the expectations of our customers I know we're planning to invest in some more renewable energy in Australia in the very near future".

Trent Zimmerman MP delivers speech in support of ARENA saying it is vital their work continues beyond 2020:
WATCH HERE 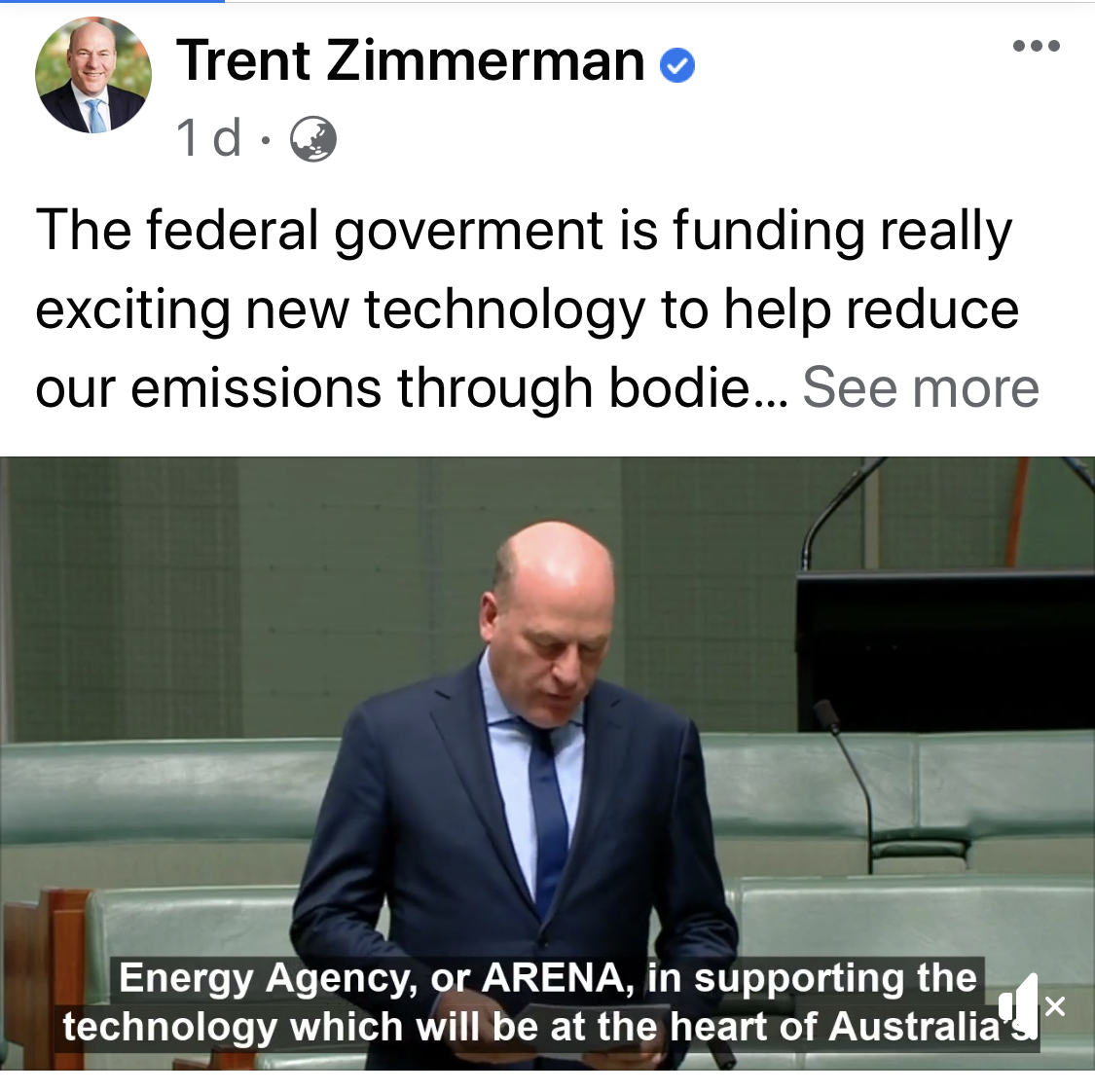 C4C's webinar on the UK Leadership on Climate with The Hon Rt Theresa May and The Hon Gladys Berejiklian had media coverage by The Guardian, AFR and SMH 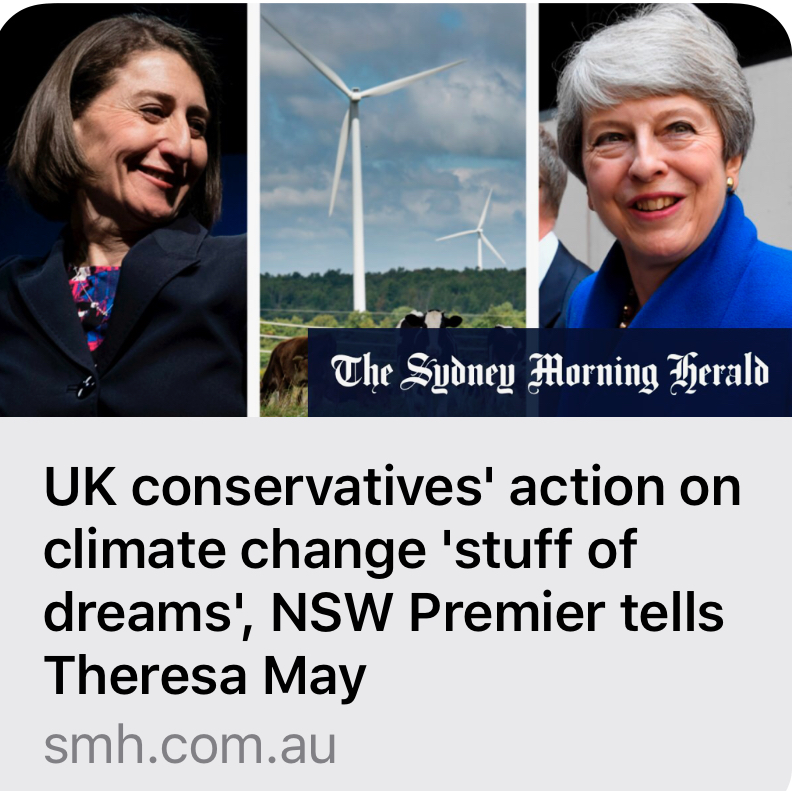 Lord Randall of Uxbridge, a Conservative Party peer in the House of Lords and former advisor to Theresa May, also published a piece in the Canberra Times outlining the strong case in Australia for a renewable energy led post COVID stimulus; a path taken and supported by conservatives in both the UK and Germany. Read Lord Randall's article HERE

Liberal Member for North Sydney Trent Zimmerman MP should be congratulated for publishing this rational rebuke in the Sydney Morning Herald to One Nation Senator Malcolm Roberts, clearly and calmly setting out the case for conservatives to believe in, and care about, climate change. Read his article HERE

Read the comments of our Chair Cristina Talacko to News.com on a green stimulus following COVID:

Announcing the appointment of our new Executive Director

The C4C team is delighted to announce the appointment of Leo Shanahan as its new Executive Director.

Leo is an award-winning journalist, strategist, editor and presenter and he will bring to our team his skills in communication, strategic development and plan execution, strengthening our relationships and developing further alliances  with stakeholders and the media.

He is passionate about pursuing a constructive climate and conservation agenda and will be responsible for driving C4C to the next level, building on the solid foundation and momentum achieved by our Chair and Board of Directors.

We would like to welcome Leo as he takes the helm as Executive Director of C4C as well as take this opportunity to thank you for your continued support as we charge ahead to build a stronger organisation, delivering the best outcomes for the Conservatives who care about climate, conservation, and the environment.

As Media Editor of the national newspaper The Australian, Leo was chief media writer and editor of the weekly Media section. He was also co-host of the national business program Business Weekend on Sky News, former Chief business reporter for Your Money (formerly Sky News Business) and for flagship nightly business show Ticky. Leo is an award winning journalist and former senior reporter for The Australian and The Age newspapers in Sydney, Melbourne and the Canberra Parliamentary Press Gallery. His journalism focuses on media, investigations, banks, resources, markets, tech and regulation. His investigations have resulted in agenda setting stories of national significance. He has interviewed the nation’s leading CEOs and politicians, and has worked on assignment in Asia, the Middle East, North America and Europe. Leo is a multi-award winning journalist, including recipient of the News Award for Scoop of the Year and has twice been nominated for the Walkley Award for business journalist of the year. He won the National Press Club Financial Journalism global and economic reporting category for his investigation into the CBA’s transaction monitoring. He is also a recipient of Chairman’s Award from News Corp for his work in establishing ThePunch.com. Formerly Communications Director for one of the world's premier campaign and communications consultancies Crosby|Textor. Working with Sir Lynton Crosby and Mark Textor, he managed media strategy and broader communications for the CT Group and client businesses in Australia and around the world. He holds a law degree and an arts degree with honours from the Australian National University. He has interests in literature, history and Italian language and culture.